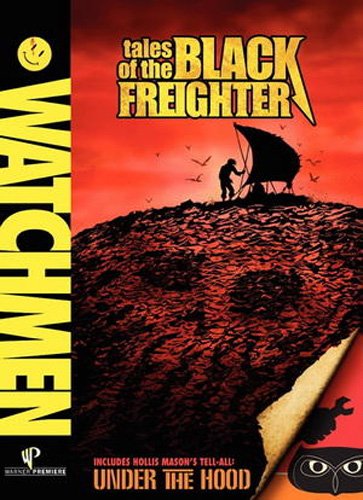 The Black Freighter tells the story of a Mariner whose ship comes under attack by the Pirate fiends of the ghastly Black Freighter. His ship is destroyed and his men are murdered. As the freighter makes its way towards his home town, the Mariner now isolated on a nearby beach island thinks, plans and executes the unthinkable in order to get back to town before his family and his people are ravaged by those on the Black Freighter. But when the Mariner finally makes his way back, he discovers a truth so shocking he can barley believe it.