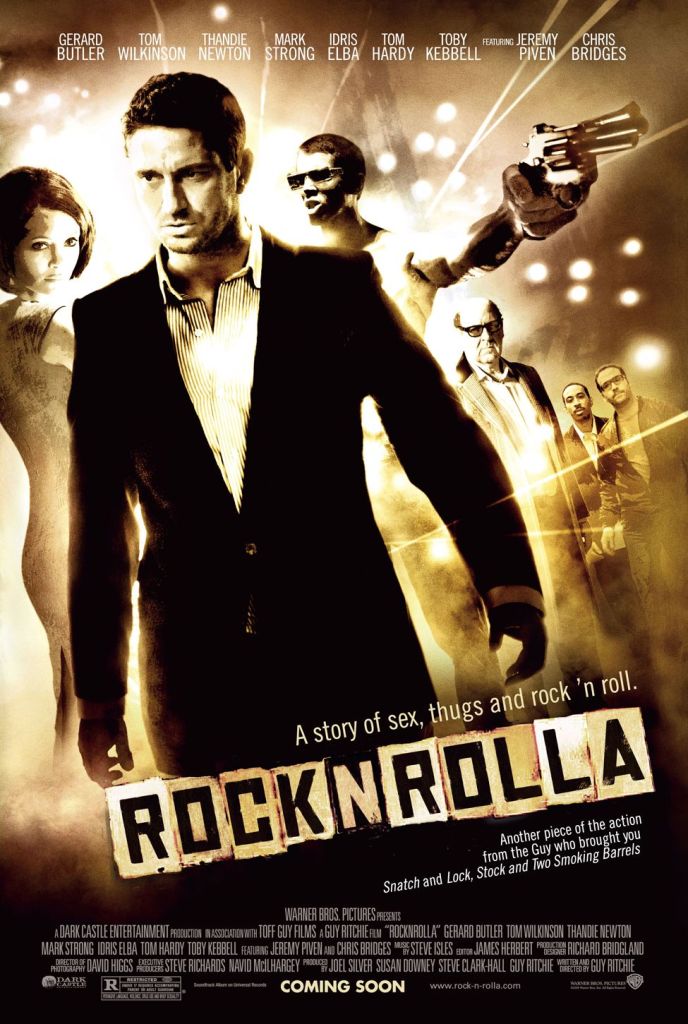 Lenny Cole, a London mob boss, puts the bite on all local real estate transactions. For substantial fees, he’s helping Uri Omovich, a Russian developer. As a sign of good faith, Omovich loans Cole a valuable painting, promptly stolen off Cole’s wall. While Cole’s men, led by the dependable Archie, look for the canvas, three local petty criminals, the Wild Bunch, steal money from the Russian using inside information from his accountant, the lovely Stella. Meanwhile, a local drug-addled rocker, Johnny Quid, is reported drowned, and his connection to Cole is the key to unraveling the deceits and double crosses of life in the underworld.

P.S. I Love You Q&A with Gerard Butler
comments
Leave a reply »