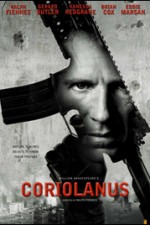 Fiennes, Gerard Butler, Vanessa Redgrave and James Nesbitt star in the $10 million pic, which is playing in Competition at the Berlinale on Monday.

In addition, TWC has acquired pan-Asian pay TV rights to “Coriolanus,” which the outfit was circling before the European Film Market kicked off on Thursday.

TWC is planning a U.S. release this year.

Story is a contemporary staging of Shakespeare’s play about the Roman warrior.

Speaking about his first effort behind the camera, Fiennes told Daily Variety : “It was extremely challenging, as you would expect, to be directing and also be in the film, but I was well supported.

“I think the film carries all kinds of social and political resonances and confronts everyone with the dysfunction of society. It is a confrontational piece from Shakespeare that demands an audience reflects on the power play of politics and armies and loyalties.”