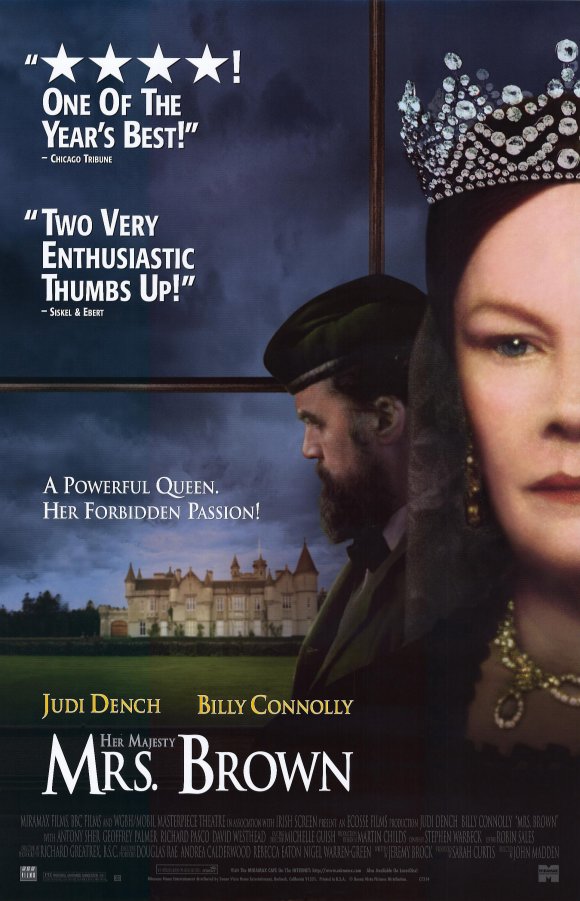 Queen Victoria is deeply depressed after the death of her husband, disappearing from public. Her servant Brown, who adores her, through caress and admiration brings her back to life, but that relationship creates scandalous situation and is likely to lead to monarchy crisis.

Acclaimed as one of the year’s must-see films, MRS. BROWN is a riveting, true-life story of forbidden love and passion! Queen Victoria (Judi Dench — TOMORROW NEVER DIES, GOLDENEYE) was the world’s most powerful woman. Rugged Scotsman John Brown (Billy Connolly — INDECENT PROPOSAL) was a lowly servant who looked after her horses. Yet when circumstances brought them together … the result was a passionate friendship that scandalized a nation! With commanding performances from stars Dench and Connolly — you’re sure to find this motion picture outstanding and entertaining!