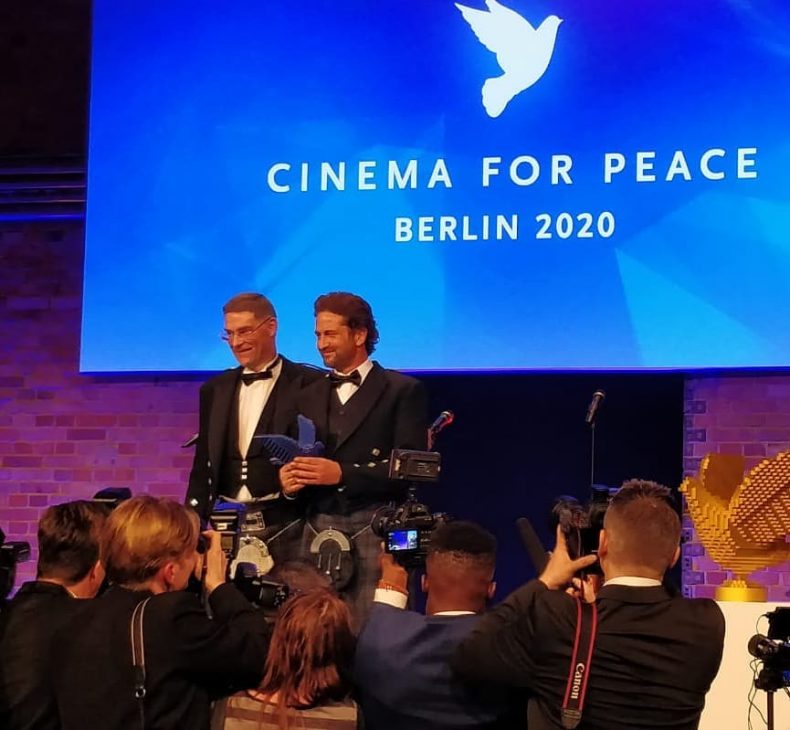 Gerry was presented with an award for his work with Mary’s Meals at the “Cinema for Peace” Gala in Berlin on Sunday (February 23, 2020), during the 70th Berlinale Film Festival.

Rex/Shutterstock -has some not at the other sites

imago images -has some unique shots

Article translated: Berlinale outfit with rarity value: Hollywood star Gerard Butler (50, “Angel Has Fallen”) came to “Cinema for Peace” in tartan skirt on Sunday! The actor was honored for his charitable commitment at the charity gala in the Westhafen Center.The native of Scotland supports the worldwide aid organization “Mary’s Meals”, which provides meals for one and a half million school children in impoverished areas. Butler brought club founder Magnus MacFarlane-Barrow with him, also in the kilt. The actor at the B.Z .: “We are two little boys from Scotland.” With a grin, he warded off compliments to his cool outfit: “It looks really good, doesn’t it?”

Weinsteins Set Oscar Dates
Be the first to comment!
Leave a reply »