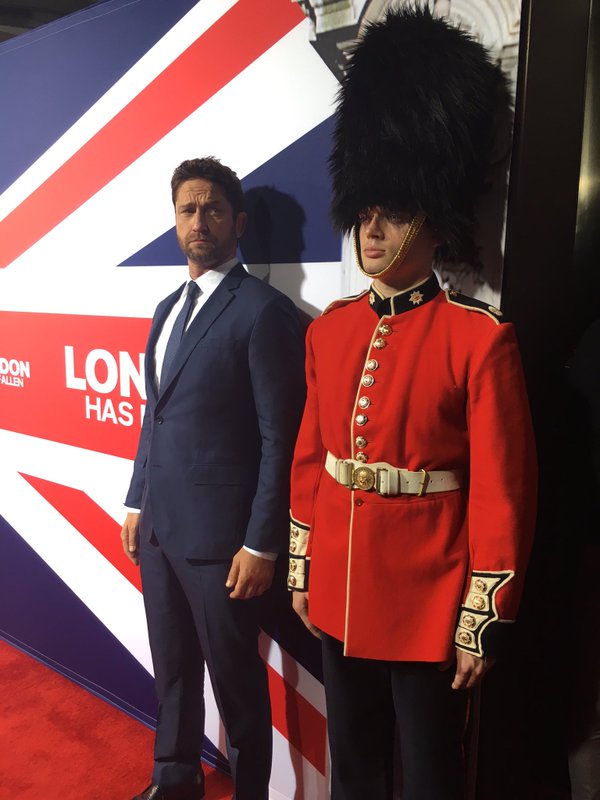 Gerard Butler, who stars in the terrorism-centric action film “London Has Fallen,” was concerned that the nature of the movie may strike a sensitive chord in audiences, the actor admitted to Variety.

“At the end of the day, it’s a fictional movie. It’s entertainment,” Butler said at the Los Angeles premiere of the action-thriller, which is a sequel to 2013’s “Olympus Has Fallen.” “It’s about us winning. It’s about what happens when the shit hits the fan, and who stands up to face the challenge. It’s based on heroism and the good guys kicking –ss,” said the Scottish star, who reprises his role as U.S. Secret Service agent Mike Banning in the film.

“The movie certainly highlights our vulnerability all over the planet — I think we all feel that,” added Radha Mitchell, who returns as Leah Banning. “If anything, it draws attention to the fact that we really have to find a peace in ourselves and between each other.”

Also commenting on the film’s terrorism-focused plot was actor Alon Moni Aboutboul, who plays an FBI most-wanted terrorist in the film.

“Maybe there’s something comforting [about this movie], because reality is more radical,” he said. “It doesn’t try to imitate reality, this movie.”

The “Olympus Has Fallen” follow-up centers on a terrorist attack that occurs during the British prime minister’s London funeral, which has drawn attendance from leaders around the world. In addition to Butler and Mitchell, “Olympus Has Fallen” actors Aaron Eckhart, Morgan Freeman, Angela Bassett, Robert Forster and Sean O’Bryan also reprise their roles in the sequel.

To the “London Has Fallen” cast and creators, a successful sequel film requires an expansion of the ideas presented in the first installment, as well as an evolution of the original characters.

“Don’t rest on your laurels,” said Butler, who also produced the film. “A lot of sequels churn things up just for the hell of churning them up. We thought, ‘Where can we take these characters and extend ideas that came up in the first one? How can we make it a bigger canvas? How can we take it to new heights?’”

Added Bassett, who reprises her role as Secret Service director Lynne Jacobs, “Respect the audience and start with a good script.”

“I love making action movies, but when you get your teeth into a chunky role in a drama and you’re so involved in it, that’s a very powerful experience and that’s addictive.”

Lionsgate pushes up Gerard Butler’s PLANE to 13 January 2023
Be the first to comment!
Leave a reply »