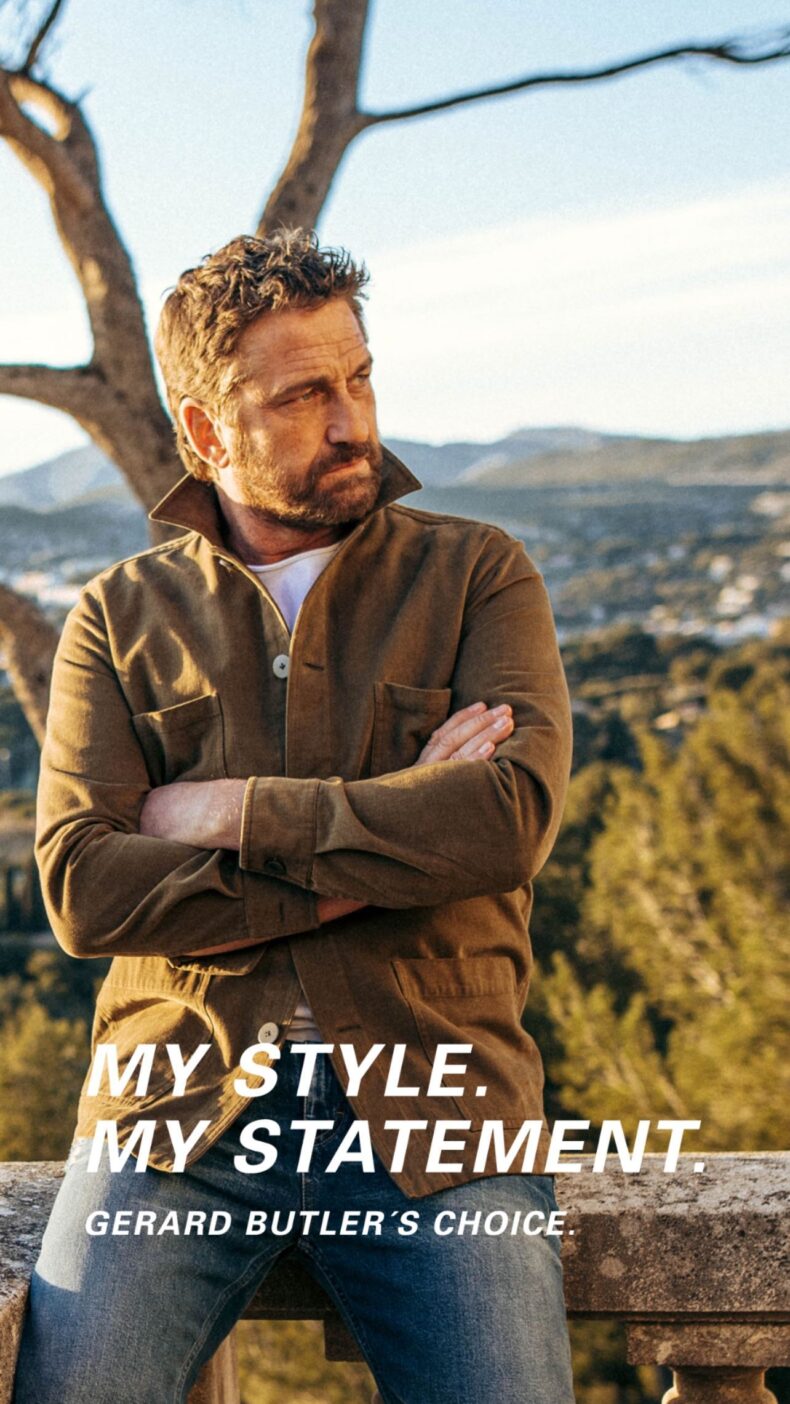 The world famous and popular actor Gerard Butler has been the prestigious brand ambassador for OLYMP Bezner KG, based in Bietigheim-Bissingen (district of Ludwigsburg, Ba-den-Württemberg, Germany), since 2017. Initially he was only the advertising face for the exclusive premium line OLYMP SIGNATURE. Since 2020, the smart Scot has represented the entire OLYMP brand with all its product lines. Now the cooperation, which runs until the end of 2022, has been extended for at least another twelve months up to and including December 2023.

Mark Bezner, owner and CEO of OLYMP Bezner KG, sums up the long-standing collaboration as follows: “The cooperation with Gerard Butler so far as a testimonial for the OLYMP brand has proved its worth many times over.” The enormous advertising impact emanating from the extremely likeable personality Gerard Butler have contributed to considerable image growth and a pleasing increase in demand for all high-quality OLYMP products. In addition to being widely known internationally, Gerard Butler is also particularly charismatic, enabling him to convey the brand values and fashion statement of the fashion collections convincingly. Therefore, he remains the ideal choice for this important role as the figurehead of OLYMP.

The cooperation extension coincided with photo shoots and filming with the smart Scot for the new OLYMP image campaign in the South of France. From March 2022, the photo motifs and image videos will be presented to end customers in high-reach advertising in various print and digital media and played out via various communication and distribution channels. The impressive images focus on portraying Gerard Butler in the most authentic light in his profession as an actor and not as a traditional photo model, in order to make the pictures and video footage as casual and credible as possible.

Gerard “Gerry” James Butler was born on 13 November 1969 in Glasgow, Scotland. Before he was discovered in a London café, which marked the beginning of his acting career, he studied law at the University of Glasgow and then worked as a solicitor in a Glasgow law firm. His first role was in 1997 in the film Mrs. Brown. During filming in Scotland, he saved a young boy from drowning in the River Tay, for which he received a Certificate of Bravery from the Royal Humane Society. He finally made his breakthrough as an actor in 2000 with his portrayal of Attila the Hun. With blockbusters such as London Has Fallen, Gods of Egypt or Olympus Has Fallen, Gerard Butler has achieved global popularity and finally established himself in Hollywood’s top tier.

OLYMP Bezner KG, based in Bietigheim-Bissingen near Stuttgart, is the market leader in Germany for men’s shirts. In addition, its high-quality clothing range, which includes business and casual shirts, knitwear such as jumpers, polos, sweatshirts and T-shirts, as well as accessories, is marketed in more than 40 countries worldwide.

#OLYMP SS20 My Style. My Statement. Featuring @gerardbutler
Be the first to comment!
Leave a reply »