Handley boards “Of Men and Mavericks” 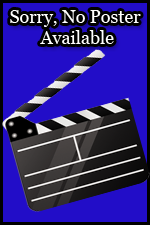 Story follows a chapter in the real life of Jay Moriarty (Jonny Weston), a world champion surfer from Northern California who made his reputation surfing Marvericks north of Half Moon Bay before dying in a diving accident at age 22.

Handley will play Sonny, a bully who never follows the surfer’s code and threatens anyone who tries to “steal” his wave. His contempt gives way to others’ open admiration for Moriarty.

Hanson will direct from a script by Kario Salem and Brandon Hooper. Hanson and Hooper are also producing with Mark Johnson and Jim Meenaghan. Butler is exec producing with his manager Alan Siegel. Fox 2000 will co-finance and handle domestic distribution for the pic, which starts production later this month in Santa Cruz.

Handley, who recently appeared in “Skateland,” just wrapped the lead in the sci-fi thriller “Mentryville.” He’s repped by Paradigm and Booh Schut Company.

Discussion thread on Forum:  10/7 – Handley boards “Of Men and Mavericks”

Michael Apted To Finish Surf Movie For Curtis Hanson
Be the first to comment!
Leave a reply »