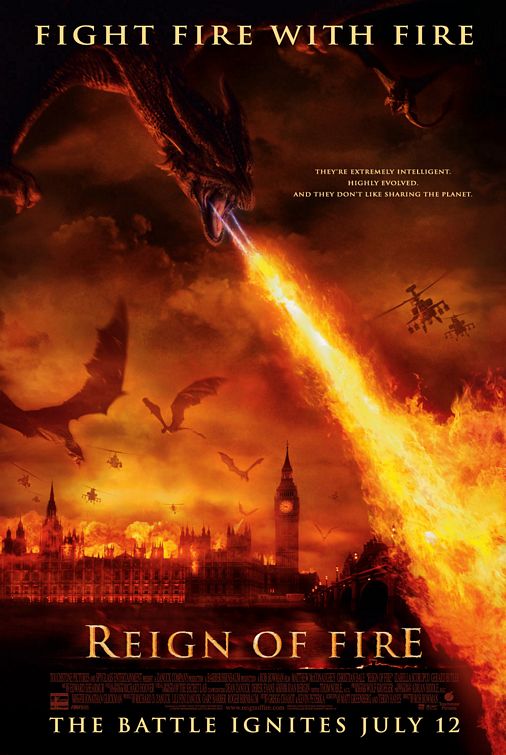 Matthew McConaughey (U-571) and Christian Bale (SHAFT) star in an explosive action-packed adventure with bone-charring special effects that will have you glued to your seat! When workers in a London tunneling project awaken an unearthly fire-breathing beast from centuries of slumber, all hell breaks loose. Twelve-year-old Quinn (Bale) sees his mother, one of the workers, die trying to escape this new terror. Twenty years later as a “fire chief,” he tries to keep a group of refugees alive with fierce dragons dominating the air, burning the land and feeding on the ash. Unexpectedly, Van Zan (McConaughey), a hotshot American militia leader, shows up with a ragtag group of slayers on a perilous crusade to hunt down and destroy the beasts. Tempers flare when there is a struggle for leadership — until both men realize only one species is getting out of this alive.