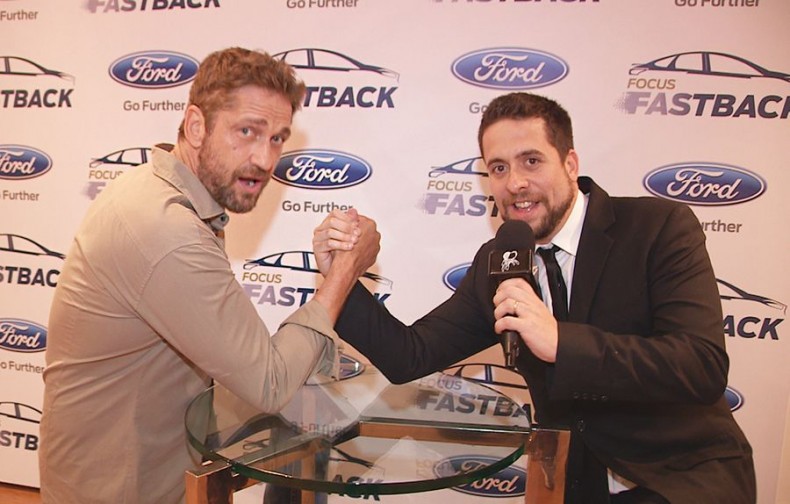 Long famous for “300” and “PS I Love You”, Gerard Butler spent by Brazil this week to shoot a commercial for a brand of cars and of course the host  did not miss the opportunity to meet the actor.

The charge of the mission was the reporter Mauricio Meirelles. During the interview, the member of the weekly news summary decided daring and challenged the star of hollywood for arm wrestling. Who won? You’ll see 22:30 the Band and the second screen application for mobile phones.

This is not the first time that Gerard came to the country. At the time of the World Cup, he honored some games in Rio de Janeiro, took several selfies with the famous and likes the Rio ballads.