#Keepers: What happened to the three missing lighthouse keepers on the Flannan Islands? 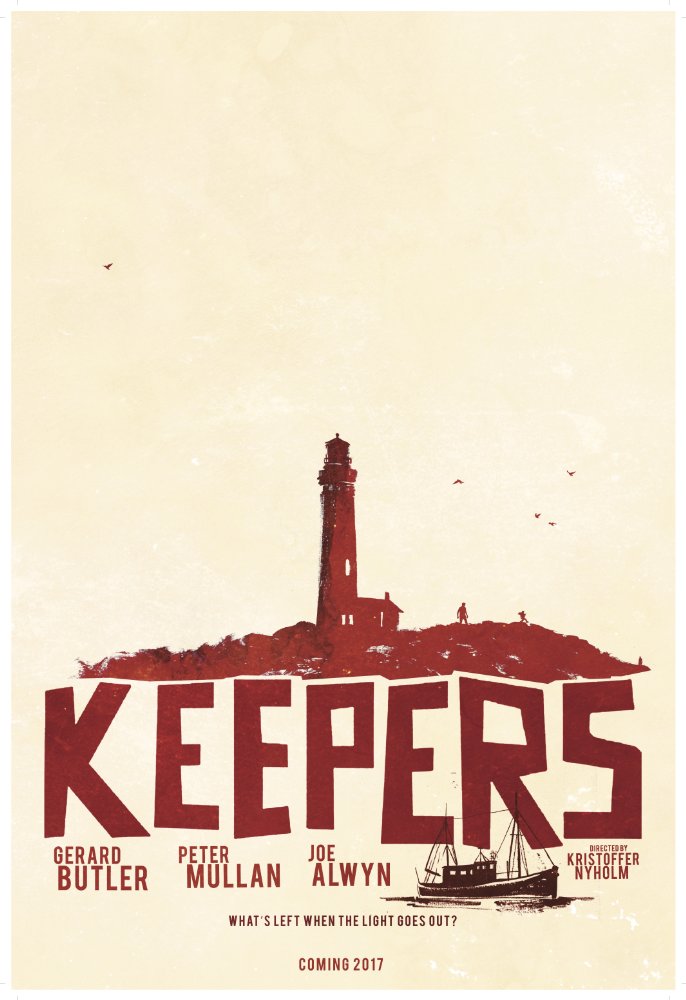 The Danish Kristoffer Nyholm has spent a lifetime dedicated to television, where he has directed series such as The Killing or the latest Taboo , with Tom Hardy as protagonist. Now he has decided to go to the cinema and has done so with a psychological thriller based on the legend of the Flannan Islands, in Scotland, where more than a century ago, three lighthouse keepers disappeared without a trace. Keepers , has had its world premiere at the Sitges festival , where it participates in the contest.

In an interview with La Vanguardia , both the director and the co-scriptwriters and also performers Joe Bone and Celyn Jones have shown their satisfaction to participate in the contest and hope that the film has a good reception. “We have shot in a landscape with the sea around and we are proud that the premiere is here, surrounded by wonderful beaches,” says euphoric Jones, who we have recently seen accompanying James McAvoy and Alicia Vikander in Immersion . “I think it’s going to be a movie that people are going to enjoy a lot on the big screen because it provokes a lot of emotions,” he adds.

Nyholm says he has been writing scripts that nobody trusted for a long time until he found an outlet in the television series, a medium that has given him know many people like Celyn, with whom he has collaborated on several projects. “Keepers is the result of a night of drunkenness,” he says with a broad smile.

For a long time Bone and Jones wanted to write something together and, suddenly, they heard about the mystery of the Flannan Islands. “Immediately we knew that there was a movie script,” explains Jones. “There were only three characters and a great enigma, because nobody knows what happened to them; they just vanished. “ They set to work to produce a story that inquired about what could happen on December 15, 1900, when the lighthouse guarded by James, Thomas and Donald was inexplicably extinguished and no one thereafter would see them again. lifetime.

Kristoffer was enthusiastic about the idea, even without having a final text on the table, and they began to build together a plot that wanted to explore tragedy, violence and human feelings in their purest form. “It was a living process that was created on the fly and the truth is that it was very beautiful although it seemed crazy at first,” explains Celyn. The filming took place in a “magical” place near the Flannan Islands, whose lighthouse has been working for some time automatically.

The film features superlatives Gerard Butler and Peter Mullan as main characters, joined by the surprising talent of young Briton Connor Swindells, an ex-boxer who has found better glory in the film industry. Mullan plays Thomas, the most experienced and cleverest lighthouse keeper of all; Butler is James, a tough guy and at the same time innocent and Connor reserves the role of Donald, an orphan kid, reserved and extremely fragile.

“The best thing of all was to have the presence of Butler and Mullan, who gave themselves in depth in their characters, fascinated by the story,” says the director. The truth is that both staged here an acting duel to take off their hats like those men tanned in the sea who are sent to take care of the lighthouse and condemned to carry a daily routine without more distraction than singing some popular songs, playing the violin and drinking whiskey . In addition, the filmmaker knows how to transmit a tension that goes in crescendo fixing the look in each minimal expression of the characters, through close-ups that contrast later with the vision of that wild and solitary nature that becomes almost ghostly. And the magnificent photography of Jorgen Johansson helps to increase the spooky and disturbing aspect of that piece of abandoned land whose tranquility is clouded by the unexpected arrival of a sailor without very good intentions. From then on, the tragedy is chewed.

“We tried to have many dramatic elements of Shakespeare,” Jones argues. “Three men go to work; they find something and decide to do something, but they make decisions that ultimately get out of hand and there is no turning back: they only reach the darkest place of their being. They are men who lack the feminine figure and who go adrift. Precisely, we wanted to reflect a masculinity that drifts in the middle of the ocean. “

For his part, Nyholm also wanted to reflect that “what happens to those three lighthouse keepers could happen to anyone. It’s as if once you cross a line, things get worse and worse. “ Another of the great strengths of ‘Keepers’ is that it plays with a practically invisible terror in which the just blood is poured. “The film has scenes of male violence, but we have tried to show a transparent violence, which does not hide what happens inside the mind of man,” he concludes.

‘ Keepers ‘ has had its world premiere at the Sitges festival