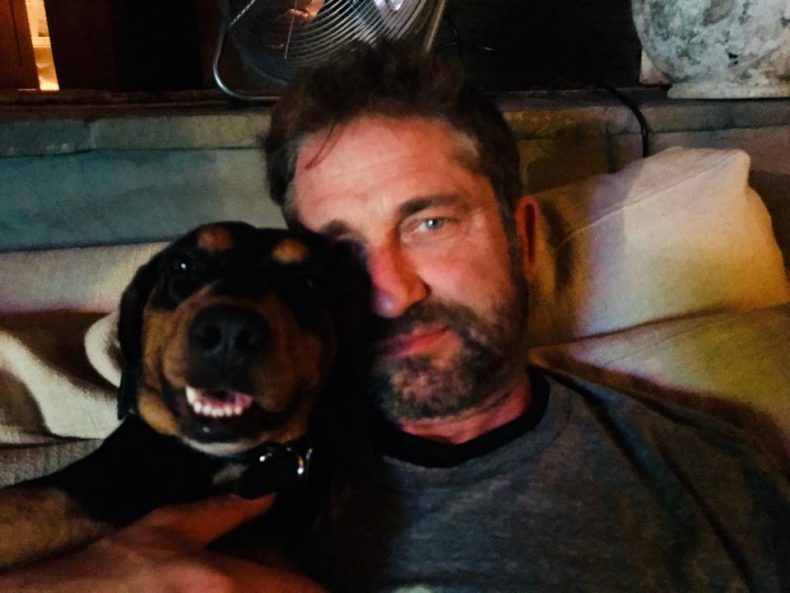 Gerry posted this Thanksgiving message, introducing us to his new puppy. He followed up with a post for the New Year, giving her name as Shushka!

Thankful for a new wee doggie in my life. She was a stray while I was filming up a mountain in Bulgaria. Stole my heart.

Happy New Year from Shushka and me.

One of the replies on his FB thread, from Jan Wade Stokes (who worked on P.S. I Love You with him) stated that Lolita had passed.

Our sympathy to Gerry on the loss of Lolita. We are happy that he has found love again with Shushka.

Gerry explained about finding Shushka in this interview with Men’s Journal: