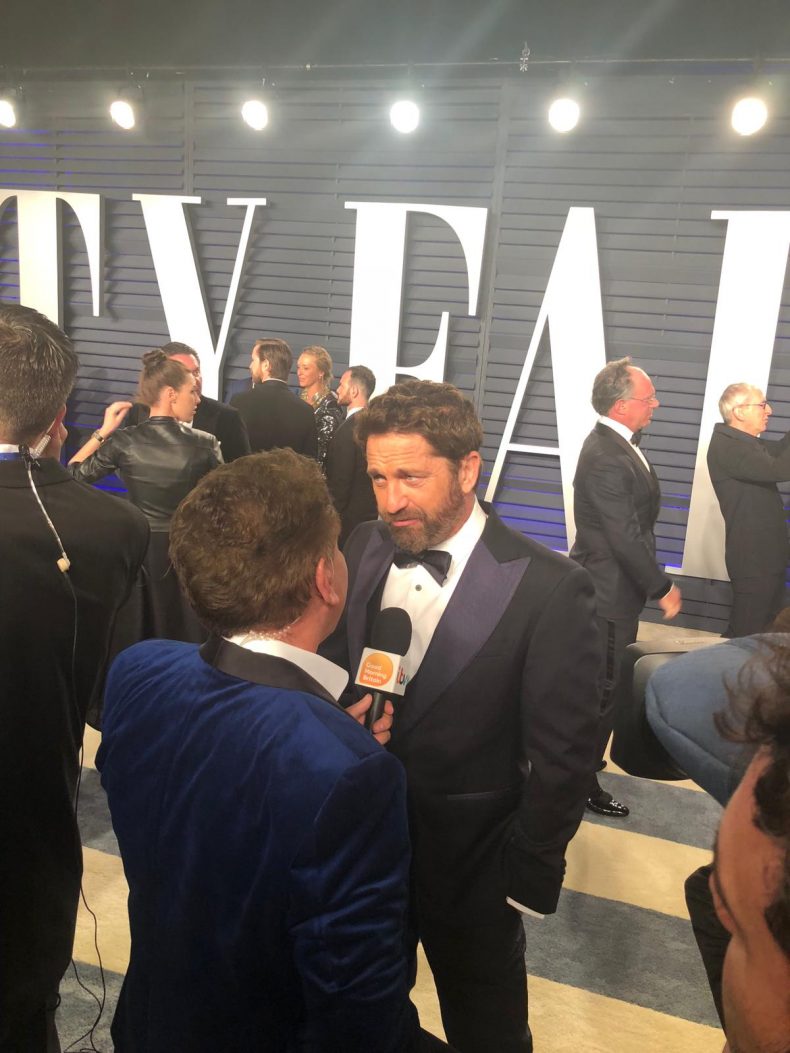 Getty video of Arrival to party

The Sydney Morning Herald has some BTS scoop on the party, including this bit: “Hi, I’m Jeff,” the richest man in the world is saying to Gerard Butler, and they have some jolly laughs and then make finger guns to each other in parting. Jeff Bezos moves onto the patio, where he promises Jon Voight and a couple women who could be models that he’ll either see them next at Jay-Z’s or at Madonna’s.

RexFeatures and also – images with watermarks