Game of Their Lives (Released in US as Miracle Match) (2005) 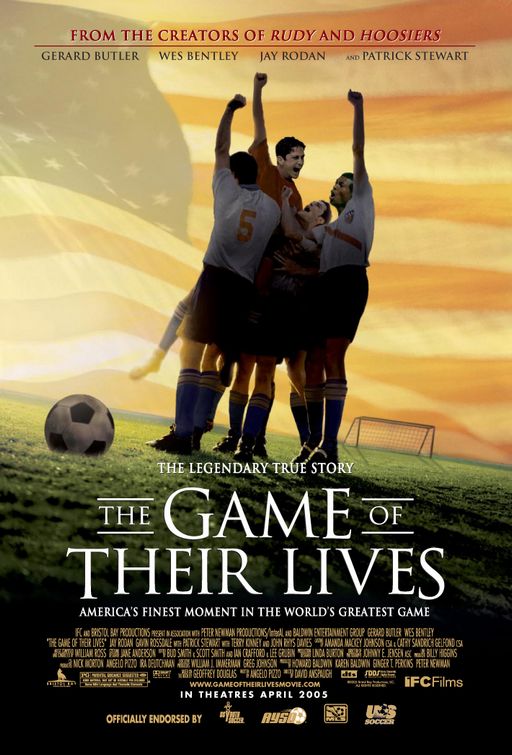 The incredible story about the men behind one of the greatest sports upsets of all time. Two weeks before the 1950 World Cup, a rag-tag group of recreational soccer players from St. Louis and New York were chosen to represent the USA in Brazil. Consumed with conflicts – personal, cultural and playing styles – they had just days to become a team. They had to play the British, the team in the world. Against all odds, they beat England 1 – 0 in the city of Belo Horizonte, Brazil. Although eliminated in the next match, this story is about the family traditions and passions which shaped the lives of the players who made up this team of underdogs.